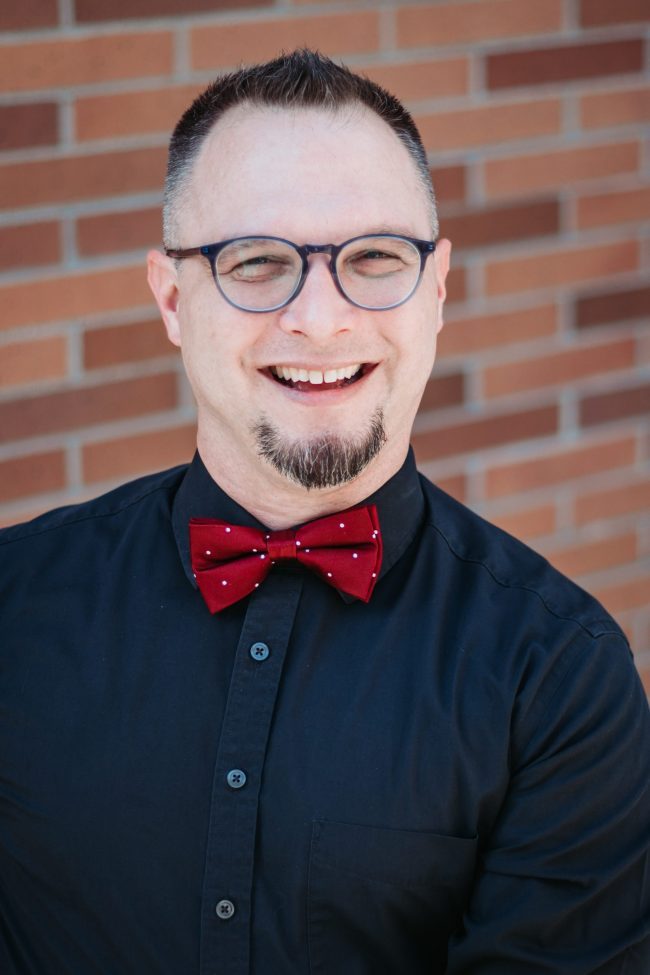 Congratulations to Orange Lutheran’s Director of Instrumental Music Aaron Zeilinger, known by his students as Mr. Z, who has been selected as one of Yamaha’s 40 Under 40 honorees. Prior to taking on the role of Director of Instrumental Music, Mr. Z spent the last several years dedicating his time to both the private and public sectors such as Impulse Youth Arts and here at Orange Lutheran, in an effort of sharing his passion for the arts.

Holding a Bachelor of Arts in Music Education and a Masters of Music in Instrumental Conduction from Azusa Pacific University. Mr. Z has brought with him a keen objective of allowing students’ God-given talents to come to fruition.

Whether they have a lifetime of musical experience under their belt or none at all, Mr. Z has committed to the development of not just excellent musicians, but overall well-rounded students.

Though oftentimes a more traditional approach to teaching is taken such as heavy lectures, textbook objectives, and an unchanging model, Mr. Z has flipped the script and has given his students the opportunity to take initiative in letting their creativity flourish. This is exemplified through many projects throughout the school year, including the “Student Showcase” – a final concert fully developed and carried out by students.

As a result, Mr. Z has made quite an impact on his community, including current and former students. One alumni writes, “When I graduated, one of Mr. Zeilinger’s final pieces of advice to me was to ‘have confidence in yourself and don’t be afraid to get out of your shell.’ I still take this advice to heart today.” – more statements from current students can be found on the official Yamaha Press Release.

Undoubtedly, Mr. Zeilinger’s love for music and the importance of educating youth has shaped a great path for our Lancers to succeed on whatever awaits them next.