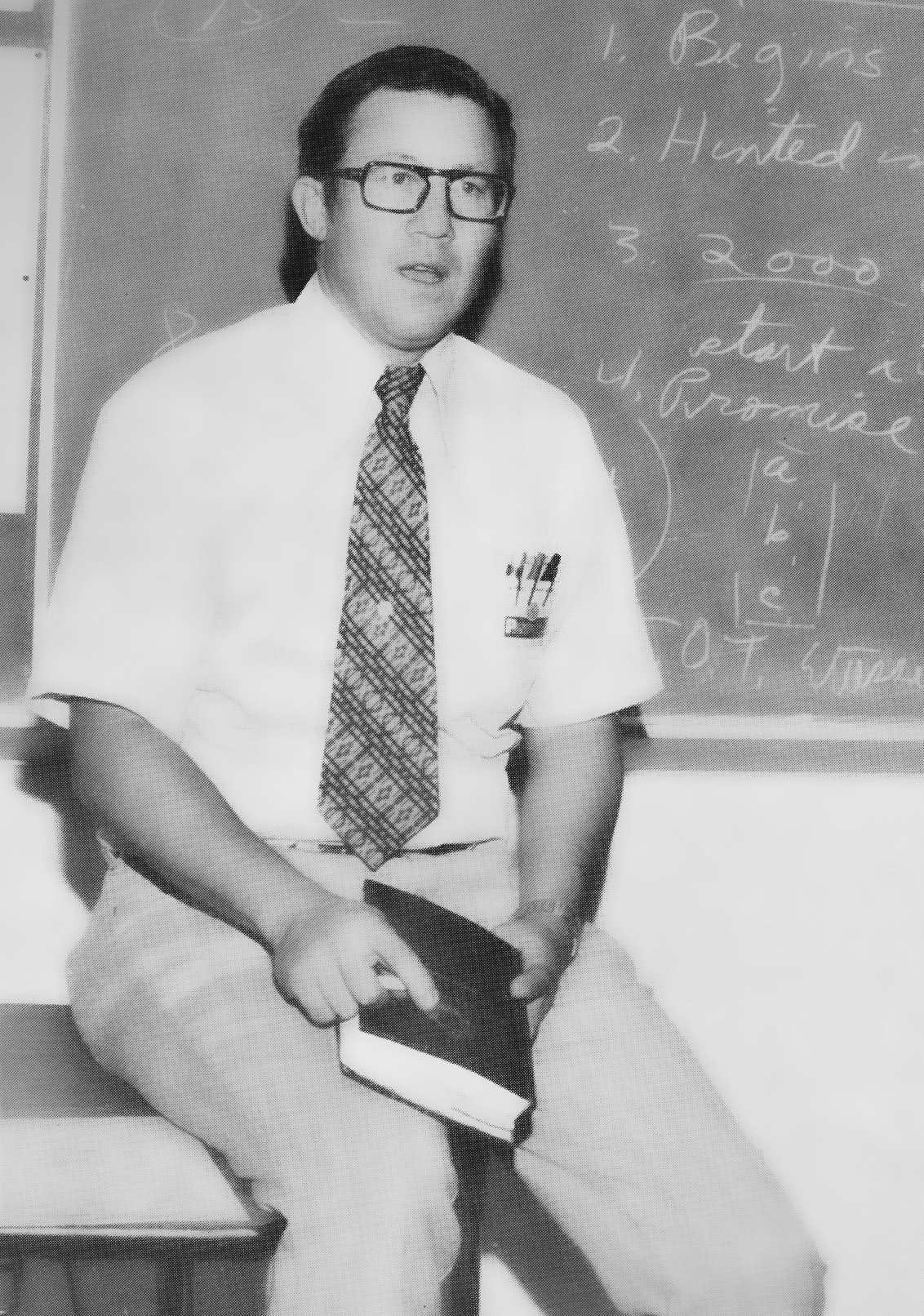 Richard Grice was a patriarch. He earned the venerable title not only within his own family, but also within the Orange Lutheran community.

Walter A. Maier Memorial Lutheran High School in Los Angeles opened its doors in 1953. Rev. Dr. Alfred J. Freitag designed the school’s seal, wrote its alma mater, and named the mascot. A passion for Lutheran education was developed, Grice, by a matter of months and days, became its oldest graduate, a source of patriarchal pride, throughout his life. On to Concordia-Seward (now Concordia-Nebraska) for a BS in Education in 1960.

In spring 1973 before the doors of LHSOC were opened, Grice accepted a position to be one of five, full-time teachers, comprising the original staff. When school began, he introduced the words of the Lancers’ alma mater, a two-versed prayer he had written. This might be the greatest gift he ever gave the Lancer community in perpetuity.

From 1973-1979 the venerable teacher taught English and theology, then known as religion. In 1975 he served as vice-principal but did not enjoy being a disciplinarian. He returned to Zion Anaheim in 1979 as principal, where he served until 1984. He then returned to the Lancer campus, where he taught Theology until 1996. Richard also taught theology at Denver Lutheran High School in Colorado before retiring to the Indio area.

Teaching theology was a true gift from God, but Richard Grice was also a noteworthy grammarian. Diagramming sentences was a forte!

LHSOC claims Richard Grice, too, To God be the Glory!!

O Lutheran High we stand beside you, Proud to wear your name;

Anchored in the Hope Eternal, Ever to remain.

O may your cherished truth be taught, As strength from day to day.

May your campus be a refuge To all along the way.

Devoted to the love of Christ, Supreme in all our lives;

As armored soldiers of the Cross We claim the prize.

All our days we’ll sing your praise, With hearts and courage true.

O lift your colors ever higher and the truths they hold.

Proud are we to wave on high, The Red and White and Gold.

We pledge to you O Lutheran High, Our trust and loyalty;

Through smiles and tears of future years, We’ll rise to honor thee.