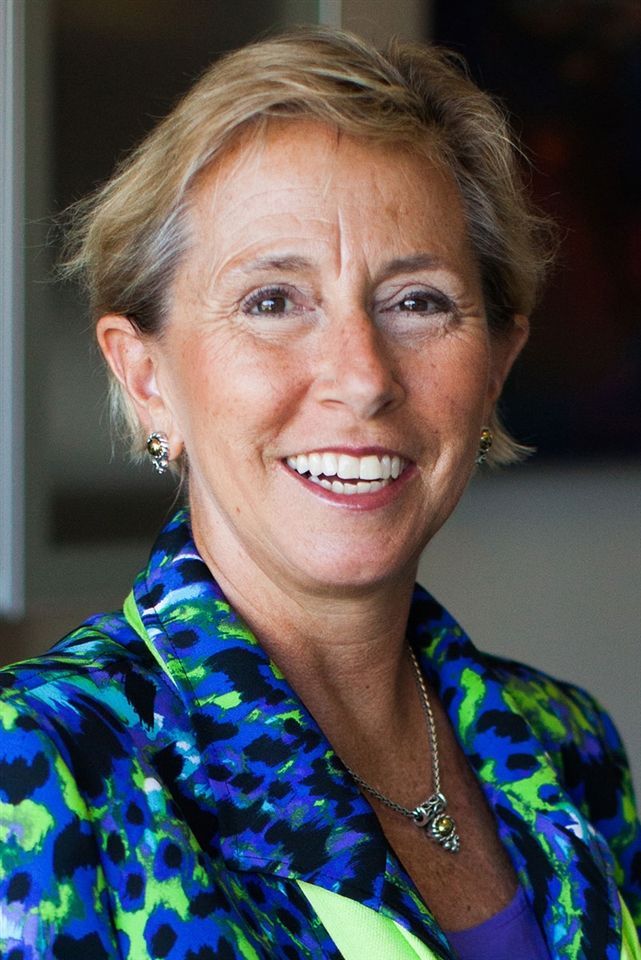 After prayerful consideration, Dr. Mary Scott has accepted Orange Lutheran’s call to serve as its next Executive Director and Chief Executive Officer.

After prayerful consideration, Dr. Mary Scott has accepted Orange Lutheran’s call to serve as its next Executive Director and Chief Executive Officer. She says, “Psalm 37:5 is my Confirmation verse provided to me when I was in 8th grade. It reads: ‘Commit your way to the Lord; trust also in Him and He will bring it to pass.’ Our prayers this year have been an exercise in trusting this commitment. Our Lord has answered our prayers in a bold and vibrant way!”

The Executive Director search began in September 2018 after Orange Lutheran’s current Executive Director, Todd Moritz, informed the Board he would be leaving his position at the end of the 18-19 school year. After evaluating more than forty men and women to serve in the position, the Search Committee and Board of Directors are confident and unanimous in its decision to issue a Call to Dr. Scott.

Since 2016, Dr. Scott has served as the Head of School at Concordia International School in Shanghai, China. In that role, she serves as the Chief Executive Officer of the Pre-K through 12th-grade international school that boasts over 1,310 students and an annual budget of $60 million. Prior to serving in China, Dr. Scott served at Concordia University in Irvine, California for over 30 years in increasingly responsible positions, completing her tenure there as Provost and Executive Vice President.

Dr. Scott has an impressive academic background that includes a Bachelor’s degree in Physical Education from Concordia University Chicago, a Master’s degree in Athletic Administration from Adelphi University, and a Doctorate of Education in Institutional Management from Pepperdine University. She is a Commissioned Minister of Religion in the Lutheran Church Missouri Synod. She and her husband, Dr. Dan Scott, have three daughters and are members of Christ Lutheran Church in Costa Mesa.

Dr. Scott will join the team at Orange Lutheran beginning in July 2020, following completion of her commitment to Concordia Shanghai.

To serve in the leadership transition, the Board of Directors has appointed Mr. Justin Stewart, current Chief Financial Officer, as the Interim Chief Executive Officer for the 2019-2020 school year. He will lead alongside Mr. Todd Eklund, who will be entering his fourth year as Principal, as well as the members of the Strategic Executive Team (SET).

Mr. Stewart is a valuable asset as part of SET and has helped solidify the school’s strategic and administrative position. He previously worked for UnitedHealth Group, a Fortune 5 company, where he served as Vice President of Financial Operations. He has two children, including Emma ’22, and is married to Jenny (Cohn) ’90.

Mr. Eklund will be starting his 15th year at Orange Lutheran and has served on SET for the last six years. He is married to Rachel, who serves as OLu’s Director of Student Activities, and has one child, Easton.

“I am so excited about the future of the school and know we are in great hands,” says Moritz. “Mary Scott is an outstanding leader with a passion for excellence in Christian education. Justin Stewart will do an amazing job leading the transition and I could not be more excited to see how God will use Todd Eklund. While it is sad for me personally to not be part of the future, I am confident that the best is yet to come!”