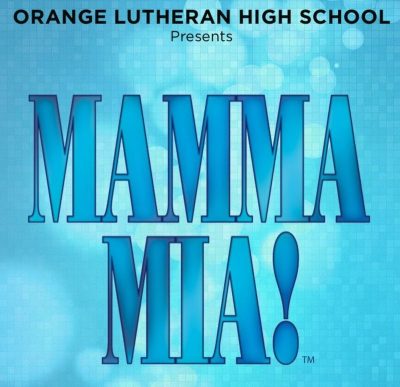 POSTPONED: Orange Lutheran’s version of Mamma Mia! is set on a colorful Greek island, the plot serves as a background for a wealth of ABBA songs. The 20-year old bride-to-be Sophie Sheridan finds in her mother’s diary that a stranger might be her father. The needy Sophie dreams of having her father walking with her to the altar on her wedding with Sky in the Greek Kalokairi Island and she invites them to her wedding as if she were her mother Donna. Sophie believes she will immediately recognize her father in the guests. Donna owns a simple hotel on the island and used to sing with her friends Rosie and Tanya, who also arrives in Kalokairi for the wedding, in their band Donna and the Dynamos. Take a trip down the aisle you’ll never forget because with every wedding come a few surprises.