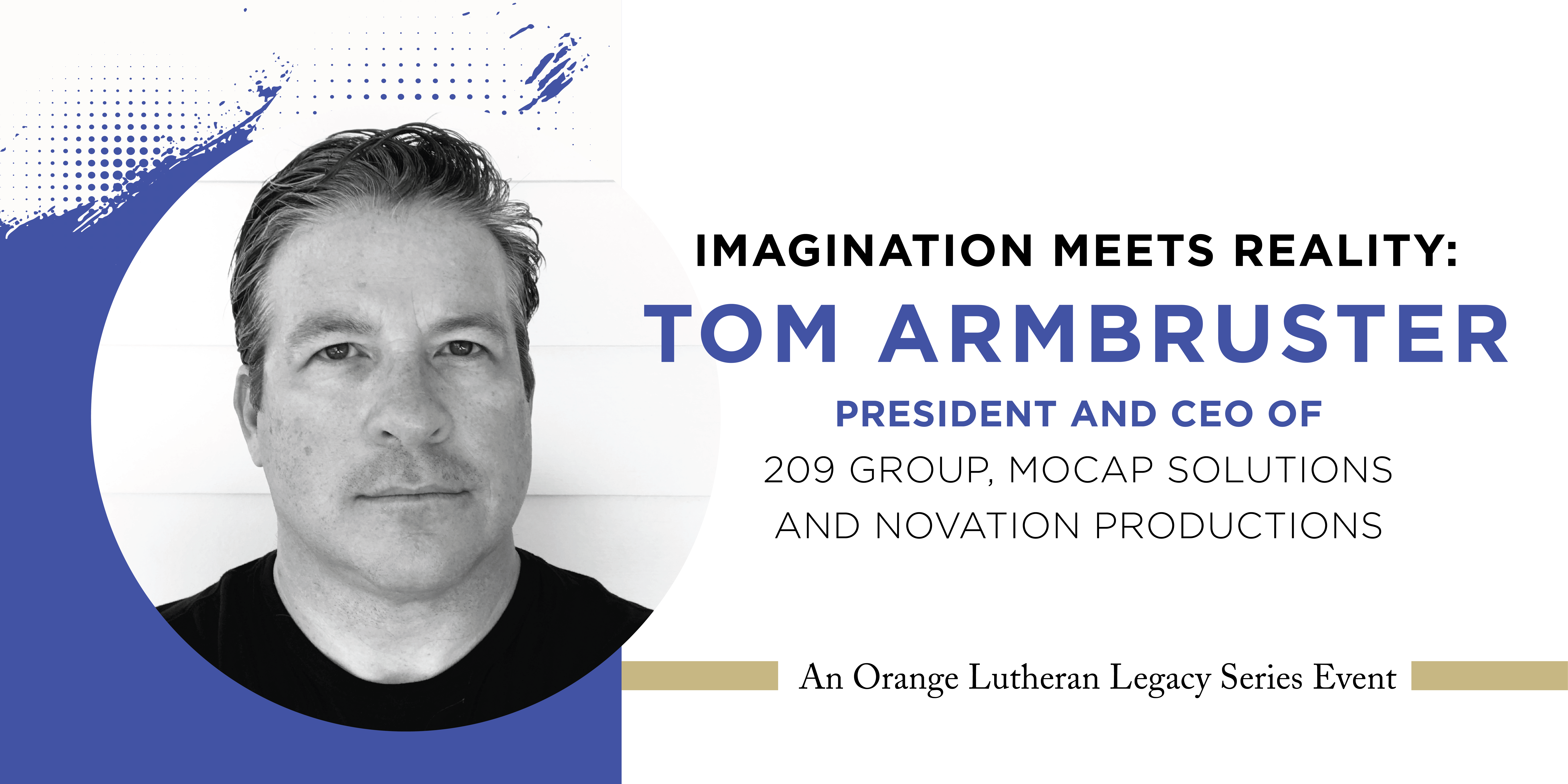 Tom Armbruster, an innovator in entertainment technology, will share the lessons he’s learned as a Christian in the film industry.
Tom Armbruster is the president and CEO of 209 group, MoCap Solutions, and Novation Productions. These companies focus on technology in media and entertainment, primarily feature films, television, AAA video games, and virtual/augmented reality. If you’ve seen The Mandalorian or Avatar, you’ve already seen Tom’s work! Early in his career, Tom worked as an automotive design engineer. His design work used cutting-edge computer-aided design (CAD) and solid modeling software to create sophisticated 3D models of complex automotive components and eventually included the use of emerging visualization and simulation tools that allowed for human interaction with these 3D models. This mixture of engineering design and animation eventually led him to the CG animation/entertainment world. Tom holds a degree in mechanical engineering from Western Michigan University.

This event, part of Orange Lutheran’s Legacy Series, is open to the public and appropriate for all ages. High school students are especially welcomed. There is no cost to attend, but RSVP is required. Click here to RSVP!

About 209 group: 209 group is a professional technology and services provider for virtual production and motion tracking. Founded in 2011, the company simplifies the execution of complex solutions, enabling creative studios, brands, and corporations to realize immersive entertainment and design. From developing and sourcing hardware and software to providing on-site expertise and access to a network of specialized partners, 209 group solves the most demanding challenges of virtual production and motion tracking to enable customers across industries to deliver impactful visual content.